In the mid-19th century, Philadelphia’s Fairmount Water Works was a world famous tourist attraction. It was the second most visited attraction in America (first place went to that most famous “water feature,” Niagara Falls). Upon his visit in 1842, Charles Dickens called it “a place wondrous to behold.”

The Water Works remains a wonder to this day for those who visit this beautifully restored space in Philadelphia. In this installment of our “Just Add Water” series, we’ll look at how natural beauty, a river and its pristine water, technology, architecture and landscape design created a place where “beautiful water” and “utility water” became one.

I seldom (if ever) hear the word “wondrous” used when clients tell me what they want to achieve with their home’s WaterSpace; yet a feeling of wonder is precisely the effect we’re all seeking. It’s that combination of joy and awe in a waterscape’s natural and planned beauty. Fairmount is one of those wondrously designed places—places that allow us to live or play or simply be in the presence of a wondrous WaterSpace.

In the background, behind those visual and sensual pleasures, the Water Works housed wondrous technologies. It demonstrates how the built WaterSpaces we admire—the experiences we seek out in public spaces and private places—have achieved a marriage of design on a human scale and technologies that make the space habitable and sustainable.

Today’s Fairmount Water Works can teach us a lot about designing our own wondrous WaterSpaces. Let’s break it down into four essential pieces:

Health: the Wonder of Safe Water

By the time the United States wrote its Constitution in Philadelphia, water had become a major health hazard for those living in the city. Benjamin Franklin observed, “In Philadelphia everyone has a cistern and a well, and the two are becoming indistinguishable.”

In its history of the Fairmount Water Works, the Delaware River Basin Commission (DRBC) tells the story:

“There was filth in the streets and not enough water to wash it away. And what little water there was came from the city’s wells, by then fouled with waste from nearby cisterns (drains) and cesspools.” (From DRBC’s “Fairmount Water Works: A Place ‘Wondrous to Behold’,” click here for full article)

In 1790, Franklin’s bequest of 100,000 pounds provided the initial capital for the city to develop an abundant water supply to “insure the health, comfort and preservation of the citizens.” By 1815, Philadelphia was the first American city providing safe drinking water and enough to clean the streets, too.

Today we turn a tap and fill our pools and spas with healthy, clean water. To keep it healthy, however, you need to be diligent about testing your water (see story here) and keep the right balance (learn more here).

Technology: the Wonder of Effortless Access to Safe Water

In the 19th century, water as a utility was a wonder. “It is impossible to examine these works without paying homage to the science and skill displayed in their design and execution,” Thomas Ewbank wrote in 1840. Ewbank had first hand knowledge of the subject. He started as a plumber at the age of 13 in England, became a manufacturer of lead, tin and copper tubing in New York, and the United States Commissioner of Patents in 1849.

Great machines (first wood burning steam engines and later water driven turbines) and engineering talent made it possible to pump clean water from the Schuylkill River up to a reservoir built on top of the “Faire Mount” that stood above Philadelphia. From there, gravity did the work to deliver clean water to homes, breweries and fire hydrants, which would have pleased Franklin who liked his beer and started the city’s fire department.

The news that Philadelphia could provide safe drinking water on such a scale brought worldwide attention to the new Fairmount Water Works. Today we call it “tap water” and take it for granted. The Fairmount story reminds me that, when we create a WaterSpace, we first need ample access to clean water to fill the pool and spa—and be thankful we don’t have to haul the water in.

You can still experience the engineering wonders that brought tourists to the Fairmount Water Works. The Interpretive Center is closed at the moment as a result of COVID-19, but it expects to reopen soon. The grounds are already open to visitors, and there’s an app available for a guided tour (click here for information).

As it expanded, the Water Works buildings were surrounded by formal gardens, statues and fountains, giving visitors a wondrous mix of the latest technology, natural beauty, architectural interest, and landscaped paths that led through the outdoor spaces and up the steep hill to the reservoir.

According to the DRBC’s history, “Painters and photographers captured the grace. Pictures of the stately buildings and the river, dotted with boats, appeared in 19th century ads for ice skates, on firemen’s hats, sheet music, pottery, porcelain and gilded vases.”

The Water Works was designated a National Historic Landmark in 1976. The original nomination document quotes Frances Trollope from her “Domestic Manners of the Americans.” Trollope called it, “one of the very prettiest spots the eye can look upon.” (A pdf of the document can be seen here and a story here).

Fittingly, after the Water Works was decommissioned in the early 20th century, another iconic Philadelphia landmark was added to the scene. Built in 1924, the Philadelphia Museum of Art now stands at the top of the mount where the Water Works reservoir was located. In a single view, you can to see art’s presence in classic industrial design, the surrounding landscape, and the architectural gem housing one of the world’s great art collections.

In my series on Water and Space, I led off with “Why the Best Pool Designs Start with the Space” (here). A visit to these public spaces lets you experience those same principles.

Stewardship: Keeping the Wonder and the Water Safe

When water is safe for drinking, it’s safe to swim in or play in the water as well. But as Philadelphia and many other communities have learned, you can’t safely go in or drink from a polluted river. Anticipating the problem of upstream pollution, Philadelphia used its profits from the Water Works to buy the land that’s now Fairmount Park. But it wasn’t enough:

“The buffer land that would form the biggest city park in the world wasn’t big enough to protect the Water Works. The pollution flowed downstream from Schuylkill Valley coal mines and dairy farms and from upriver towns like Pottsville, Reading, Pottstown, and Conshohocken.” (DRBC history)

It would take years to clean up the river. In the meantime Philadelphia turned to a newer technology, adding five pumping stations along the river with sand filtration beds to purify the water. The Fairmount facility lacked room for filtration beds. After 94 years of operation, it was closed in 1909.

This part of the story is especially important. We all depend on easy access to safe water for our homes—the “utility water” as Charles Fishman calls it. (See “Take a Dive Into the Science of Water” here). As Fishman noted, we tend to divide “utility water” from “beautiful water,” giving little or no thought to the utility part. Yet, as the Fairmount Works demonstrates, nature’s water, utility water and beautiful water are all connected. When we don’t care for water at the source, in the long run we lose both utility and beauty. 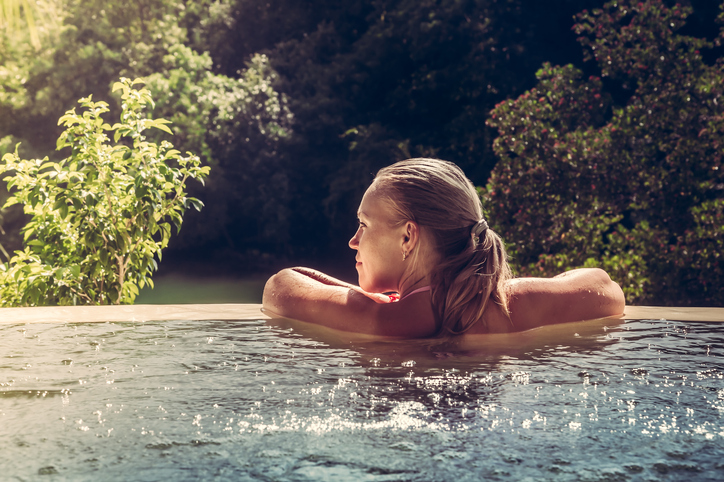 Get the latest trends sent to your email inbox!